Halloween on Vulcan: The 1990s

In 1992, Rubie's purchased Ben Cooper and picked up the Star Trek license. Ben Cooper had already released a series of TNG costumes with their trademark plastic mask and smock.  Rubie's stepped up the design by creating fabric costumes.  They released both TNG jumpsuits and TNG tunic costumes and later released costumes for DS9 as well. 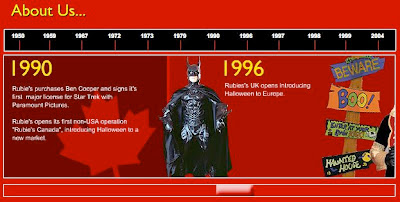 In addition to their TNG and DS9 offerings, Rubie's did release a series of fabric TOS costumes.  Unfortunately, I haven't been able to find photos of them anywhere!  That suggests they were not as widely released as the TNG and DS9 counterparts. 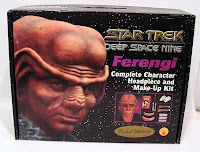 For Vulcans, the 1990s were all about DIY costumes and make-up.  Simplicity released licensed patterns for both TOS and TNG costumes and Vulcan ear tips were available from companies like Woochie (discussed here). 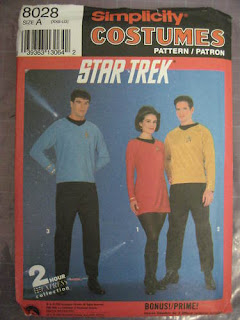 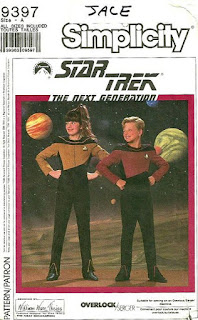