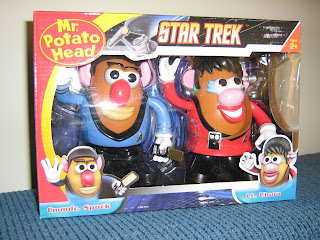 Mr. Potato Head was invented in Brooklyn by George Lerner.  He used to create small face parts and insert them into fruits and vegetables to make dolls for his younger sisters.  This evolved into a kit with plastic and felt face pieces with push pins to attach them to potatoes.  The kit was first released by Hasbro on May 1, 1952. 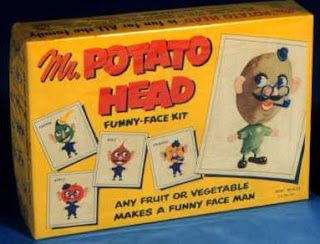 Eventually, due to the health concerns of rotting vegetables, Hasbro created a plastic body/head as part of the kit.  Over the years, Mr. Potato Head was joined by a Mrs.  The toy gained huge popularity in 1995 with the release of Disney/Pixar's Toy Story. 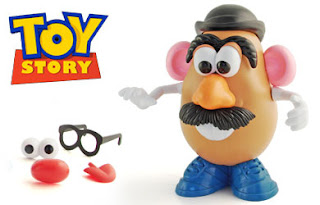 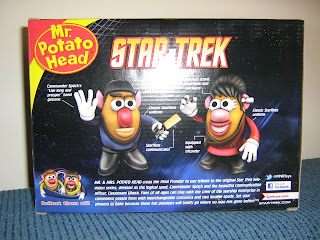 These collectables are about half the size of the Mr. Potato Head most will be familiar with and they're definitely geared more towards adult collectors than to children.  Anyone looking for a toy that's really playable will be disappointed. 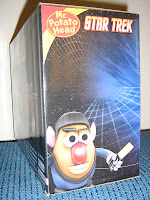 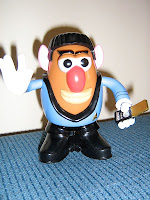 The costume tunic is removable in two pieces and the hair and ears are removable as well.  I wasn't able to remove the face or the arms.  I didn't try to put a lot of pressure on them so it's possible they are actually removable. There's just not many options for mixing and mashing and creating a "funny face man." 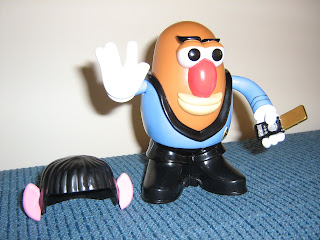 But as a collectable statue, the Spock Spud looks pretty cool.  It's easily identifiable as our favourite Vulcan and the TOS theme seems to suit Mr. Potato Head as they both became really popular in the 1970s.  In conclusion, your kids won't enjoy this as much as you will.  But toys aren't really for kids anyway, right?