For the past few weeks, Propworx has quietly returned to eBay selling Star Trek, Battlestar Galactica and Stargate items left over from their bigger auctions.  Yesterday, a few interesting Vulcan-related items were sold.

These are from a series of poster lightboxes that were used in the Star Trek Tour that traveled through Europe for several years.  They take up a lot of space which is probably why they only sold for about $100 each but they're unique items that will make great additions to someone's collection. 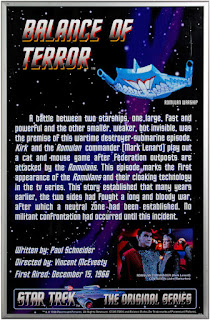 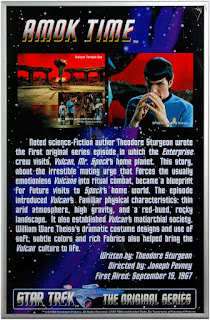 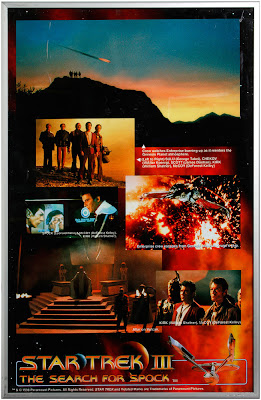 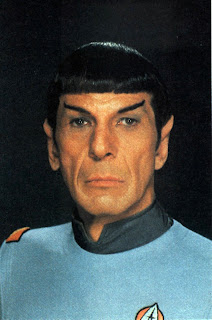 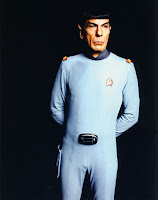 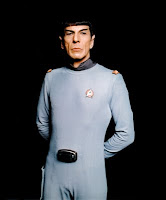 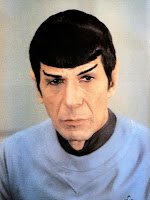 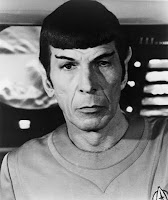 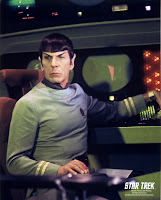 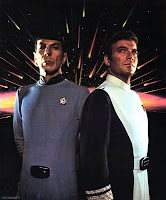 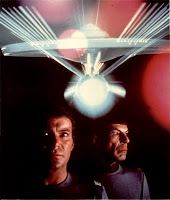 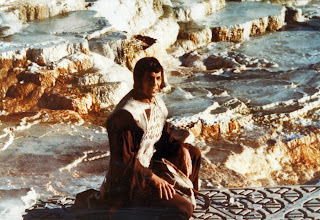 Review: I Am Not Spock

In November of 1975 Celestial Arts published Leonard Nimoy's first autobiography; a slim volume, provocatively titled I Am Not Spock. 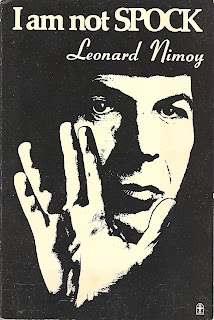 The fan reaction was one of anger and betrayal.  Many who did not read beyond the title felt that Nimoy was turning his back on the role that made his career and the fans who had supported him.  In fact, just the opposite is true. Though the book does deal with the difficulties of an actor struggling with tyepcasting, I think Nimoy is actually quite positive about the role and what it did for his career.

In true 1970s pop psychology form, Nimoy tries to break himself apart from the character he played in order to examine himself.  In fact, in parts of the book he goes so far as to literally break himself into a Nimoy persona and a Spock persona and then has conversations with himself.  Though somewhat schizophrenic, these sections of the book do manage to convey Nimoy's intelligence and the respect he feels for Spock.

The first thing I noticed about this book is that it is written from a place of ego that is a departure from the more reserved persona Leonard Nimoy has presented to the world in the past twenty or so years.  My feelings about this just go to illustrate how inextricably linked Nimoy and Spock are.  It's difficult to think of an emotional and somewhat prideful Nimoy when he is so good at playing the exact opposite in Spock.  This may be the very reason that Nimoy chose to use this voice in his book.  It was important to him that he send the message to fans that he is an actor with his own personality.

The book more or less begins and ends with Spock but Nimoy also discusses his love of photography and its influence on his life from childhood onwards. There is also some discussion of Nimoy's post-Star Trek theatrical work, which I found interesting.  But of course, the most interesting parts of the book (to me) are the Star Trek bits.  Nimoy shares some of the infamous memos between him and members of the Trek production staff and studio and shares his in depth thoughts on the creation of the Spock role.

As I said above, I think the overall theme of the book is that Nimoy knows he will be forever connected with, and part of, Spock.  As much as it is important to him for people to realize that he and Spock are separate entities I get the impression that he is satisfied to be linked with Spock.

"It is easy to forget that Spock was created by humans.  And if he does in fact represent elevated concepts of life, its value and its meaning, then those elevated concepts must be credited to the human race.  Personally I find this an enormously exciting challenge--to try to live up to the broader vision and deeper perception that I helped build into this fictional character."

I'm reading this book with the foreknowledge of Nimoy's 1995 autobiography I Am Spock, which probably colours my impressions.  At the time this was published, Star Trek had been cancelled for five years and I can understand how fans might have reacted. 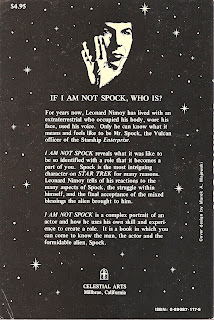 Out of print for many years, I Am Not Spock is difficult to find now.  A few copies can usually be found on eBay ranging in price from $60-$100.  There is also a mass market edition that can usually be found for about half the price. A marked increase from the original $4.95 cover price!
Posted by scottlukaswilliams at 7/01/2012 10:59:00 AM 2 comments: