Good Vulcanologists will know that the famous Vasquez Rocks have stood in for Vulcan on more than one occasion.  In fact, Star Trek has used the location several times for various planets; most infamously for the Gorn battle in "Arena."

Now, thanks to artist, Yancy Calzada, you can bring Vasquez Rocks home!  Calzada began his career in film as a stop motion animator and has now created a version of Vasquez Rocks that will fit in the palm of your hand. 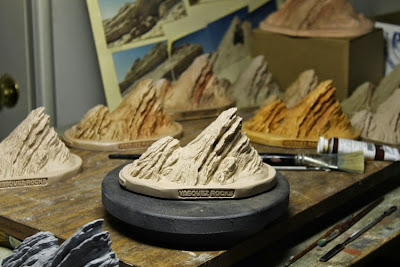 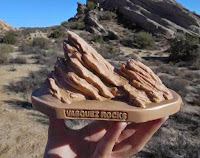 You can purchase this sculpture at The Mysterious Eye.

Earlier this month, StarTrek.com posted some incredible images of Leonard Nimoy being transformed into Spock for the last time for Star Trek Into Darkness. I find these both wonderful and heartbreaking. I haven't been able to watch any Star Trek with Nimoy since he passed away in February but these make me yearn for it like nothing else. 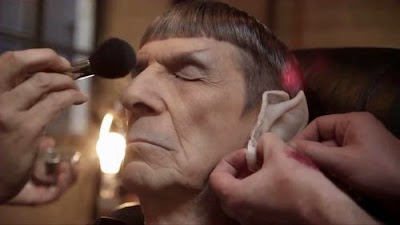 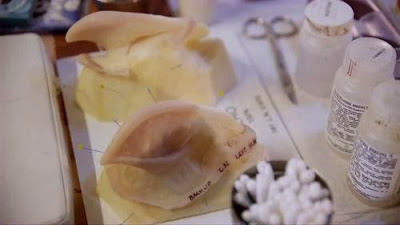 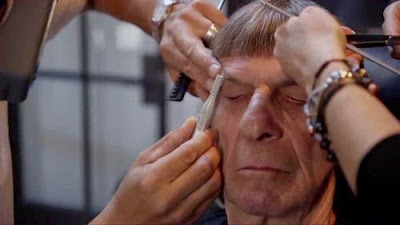 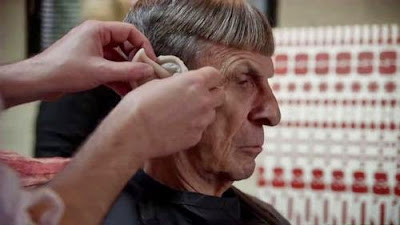 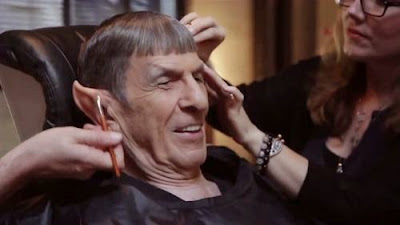 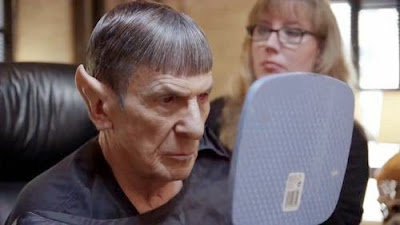 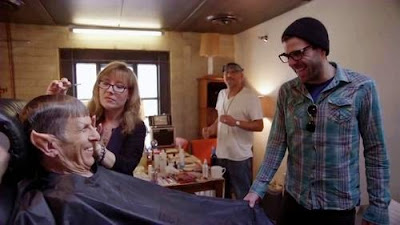 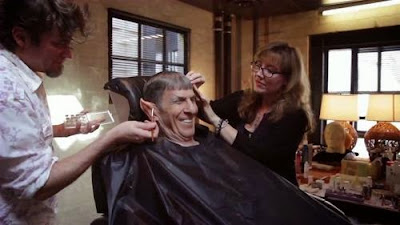 I stumbled across a wonderful piece of art that I had to share.  This tiny vase, entitled "Beauty in Logic" was crafted by Kyle Crutcher of Brandbeorn Pottery and is currently up for auction on eBay. 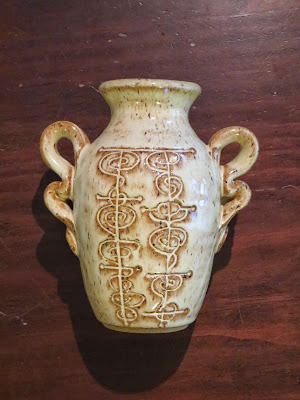 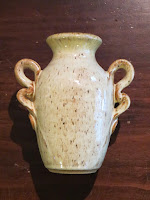 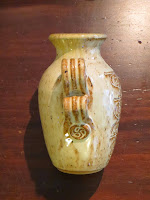 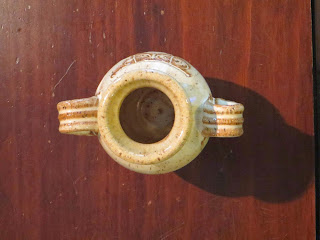 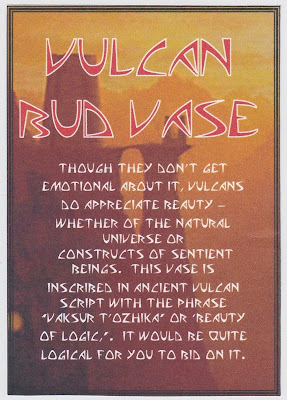 I think the artist has done a wonderful job of capturing the spirit of Vulcan design.  I would have pounced on this in an instant but the seller does not ship to Canada.  Fortunately, the artist does commissions!

You can visit Brandbeorn Pottery on Facebook to see some other Vulcan pieces. 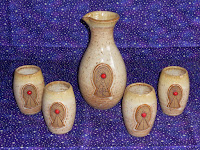