Halloween on Vulcan: The 1970s

The 1970s were big years for Star Trek.  The animated series premiered in 1973 and the original series was running in syndication.  Fandom exploded with conventions and fanzines and a company called Ben Cooper, Inc. released a number of Spock costumes in these years.  Ben Cooper was America's top Halloween costumer from the 1930s into the 1980s.  They were purchased by Rubie's in 1992.

The earliest Ben Cooper Spock costume I've found is dated 1973.  On this first version, they made the same hole-less mouth as the first Collegeville mask in 1967.  It's also interesting that this was packaged as a "Super Hero" costume. Later, Ben Cooper would have "Science Fiction" packaging as well. 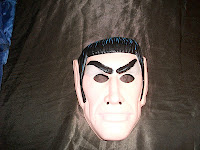 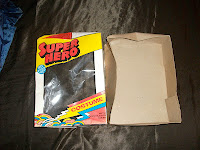 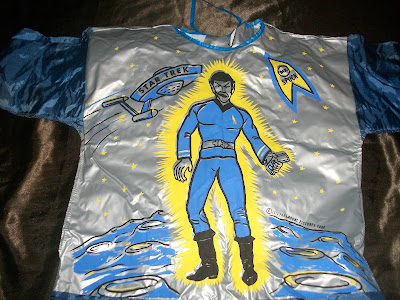 The next version was released (I believe) in 1975.  It featured a new costume with the 1973 mask; only this time, the mask had a punched out mouth hole. This version was packaged in the science fiction box I mentioned above. 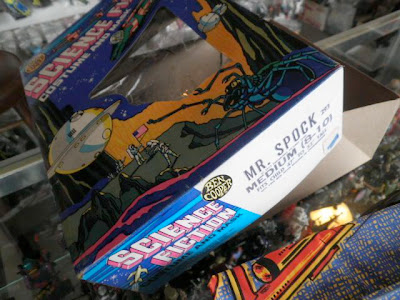 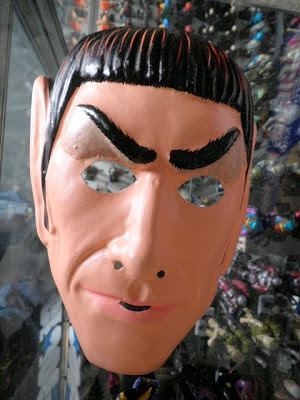 The 1976 version used the same costume and mask as the 1975 one but by this time, Star Trek was so popular that it had its own branded packaging. 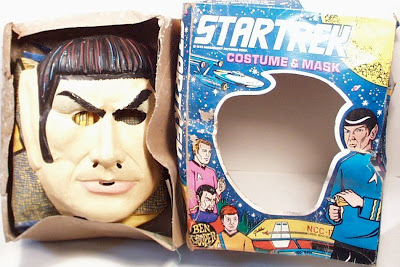 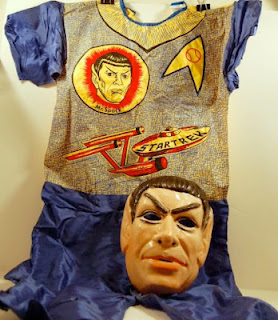 In 1979, Star Trek began a new chapter with The Motion Picture.  Ben Cooper released a new Spock costume for the film.  This one had a brand new mask sculpt (without the mouth hole) and a bright new plastic costume.  It was also released with new TMP packaging. 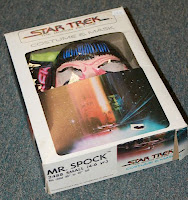 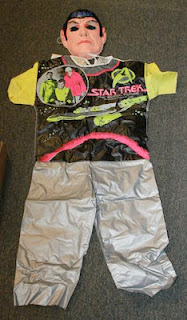 Ben Cooper wasn't the only one with the Star Trek license.  In the mid-70s, Don Post Studios created five classic Star Trek masks: Kirk, Spock, the Gorn, the Mugato and the Salt Vampire. 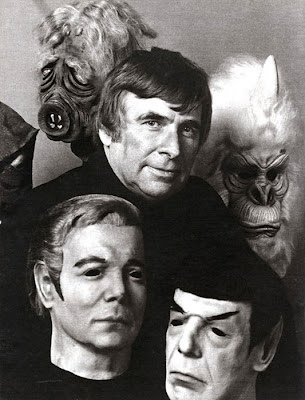 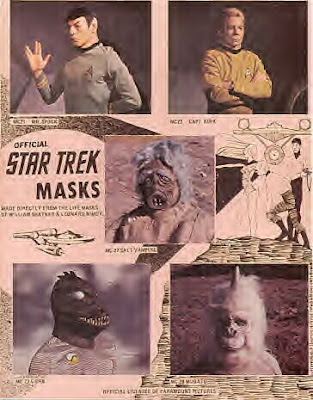 The Kirk mask, famously, became the symbol of Halloween when John Carpenter used it in his 1978 film.  Kirk and Spock continued to be released into the early 1980s.  After The Motion Picture, Don Post also released a Klingon mask with the new ridged forehead. 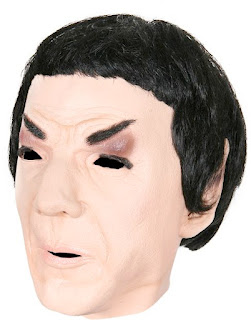 Watch for Halloween on Vulcan: The 1990s!