In the second frame above, you can see that the "warp ring" that Drexler conceptualized for Enterprise, has been bent into a more angular construction that is on it's way to the ships Sternbach designed for "Unification". The sloping body of the shuttle is also reminiscent of the main hulls of Drexler's Vulcan ships. 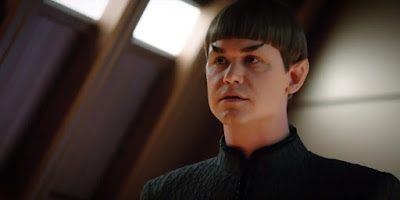 The interior of the shuttle is clearly alluding to the design of the SkyRose Chapel where the Star Trek (2009) Vulcan Council scene was filmed. The angles and exposed "bones" are very similar to the architecture there.

The holographic displays used in the shuttle are similar to the "Kir'Shara" displays we saw on Enterprise and the learning pod displays seen in Star Trek (2009) and in Discovery. 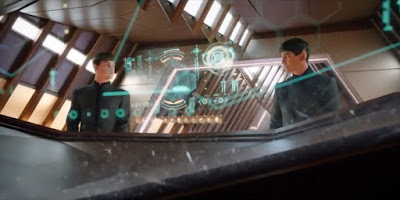 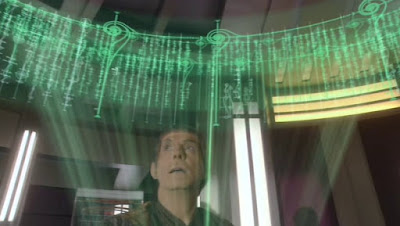 At the New York Toy Fair this week, Gentle Giant revealed a new line of Star Trek: Discovery "Fleet Flyers" that includes a tiny replica of this shuttle. This is the first Vulcan collectable being released for Discovery. At about 3" in length, I wish it were larger but I'll take what I can get! 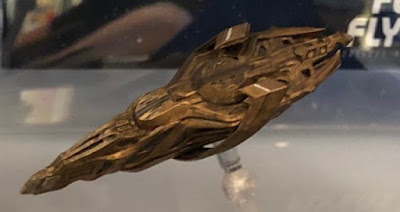