For anyone who spends any time online, it will have been difficult to miss all the news coming out of the San Diego Comic-Con this weekend.  Star Trek: Discovery had a large presence with a display of costumes, props, and artwork at the Michael J. Wolf Fine Art Gallery, a large panel with cast and creators on Saturday, and new merchandise at the QMX booth. 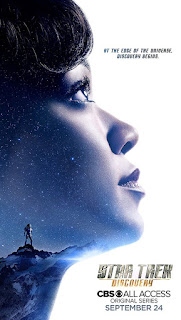 While most of the attention has gone to the Klingons thus far, two items on display in the gallery will be of special interest to Vulcanologists.  First, a costume worn by James Frain as Sarek.  When I did my breakdown of the first trailer, the costume designer had not yet been confirmed.  We now know it is Gersha Phillips (Falling Skies, House of Cards, Mortal Instruments).  The plaque beside the costume reads:

"The father of Spock, husband to Amanda Grayson, and mentor to Michael Burnham, Ambassador Sarek (James Frain) is a Vulcan diplomat held in extremely high esteem.  His traditional robes reflect the Vulcan culture and its devotion to a life of pure logic, serious intellectual pursuits, and spiritual contemplation." 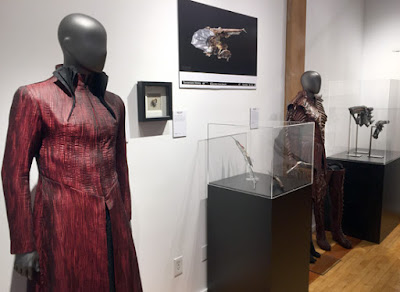 In their panel and subsequent press interviews, the cast and writers revealed that Michael Burnham is a human whose parents die and who is then adopted by Sarek and Amanda.  Some fans seemed to be quite distressed by this idea since Spock having an adopted sister is new to canon.  It doesn't bother me.  Spock is not known for discussing his family details unless necessary.  I'm really interested to see Amanda and Sarek raising a human child on Vulcan. 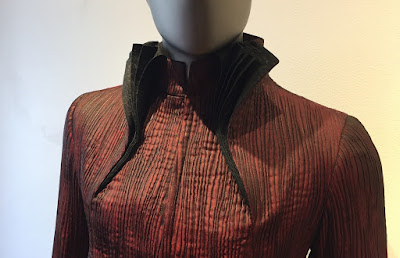 Next to Sarek's costume was a small shadowbox containing an IDIC. 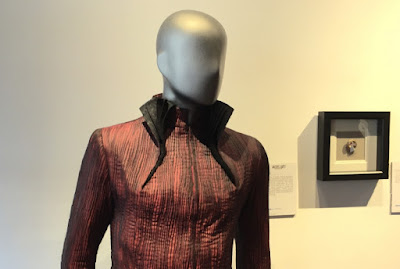 The plaque next to the IDIC reads:

"The IDIC (Infinite Diversity in Infinite Combinations) pendant is worn by Vulcan Science Academy graduates as well as professors and high scholars." 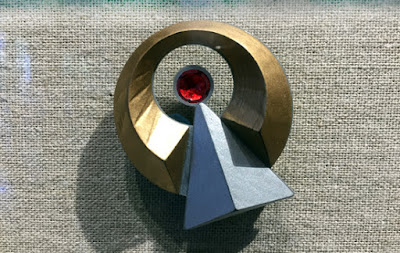 I quite like the pendant which was apparently 3D printed and hand painted.  The description on the plaque suggests that we will see other Vulcans besides Sarek. This is agreeable.

From what we've seen so far, I am impressed by the attention to detail that the artists and designers have paid to their work.  It's clear that everyone from the writers and producers to the cast is very aware of the legacy of Star Trek and they are eager to do right by fans.