Last night, Star Trek: Discovery had a gala premiere in Hollywood.  Many Trek alums including William Shatner, Nichelle Nichols, Jonathan Frakes, Gates McFadden, Nicole DeBoer, Nana Visitor, Roxann Dawson, Connor Trinneer, John Billingsley, Anthony Montgomery, and the Okudas were in attendance.  The news from Discovery has been flying fast and furious this week with new behind the scenes videos and images being shared on social media. The titles of the first four episodes of the series have been released.  The first half of the pilot is entitled "The Vulcan Hello". 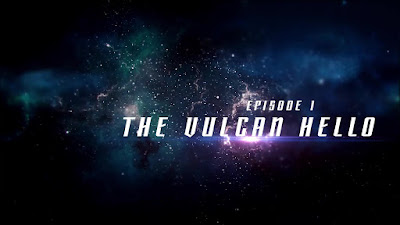 One of the recent videos has given us a glimpse of Michael Burnham in a Vulcan costume.  The costume fits in well with the movie-era Vulcan designs we've seen like T'Lar's costume from Star Trek III. The context of the images seems to be Sarek delivering Burnham to the USS Shenzhou. 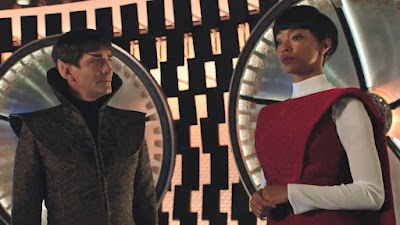 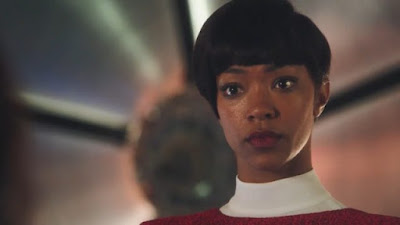 The same video shows a young Burnham, presumably on Vulcan, it what looks like one of the learning pods from Star Trek (2009). 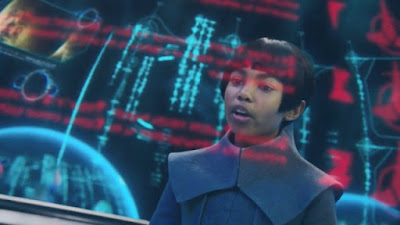 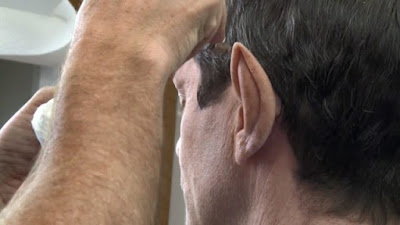 Reviews of the new series have been embargoed until the 25th but the comments on social media from those who were at last night's premiere have me pretty excited for Discovery!

CBS has released 14 new official stills from Star Trek: Discovery including one of James Frain as Sarek. 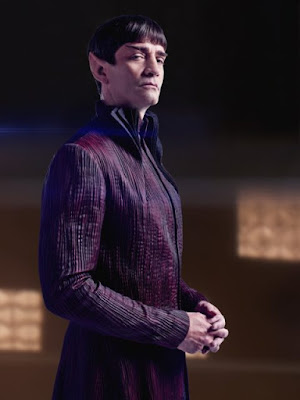 Check out the other images over at TrekMovie.com.  If you're in the US, click below to sign up for one week of CBS All Access for free. 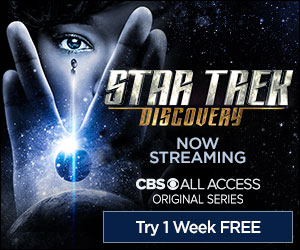