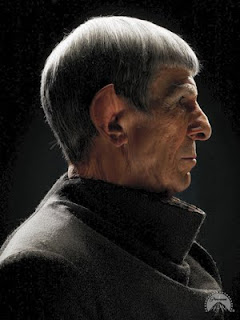 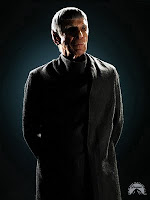 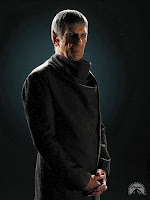 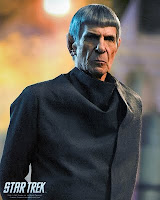 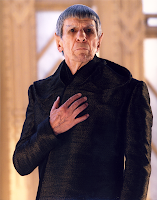 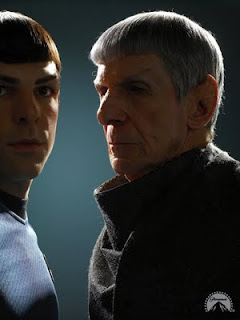 On September 8, 1966 the first episode of Star Trek aired on television.  "The Man Trap" was well-received and the world would be forever changed.
Be sure to watch your favourite Star Trek episode today!  Happy Anniversary!
LLAP
Posted by scottlukaswilliams at 9/08/2011 07:09:00 AM No comments:

Saavik was the first Vulcan female Starfleet officer we ever saw on screen. She was played by Kirstie Alley in Star Trek II: The Wrath of Khan and then by Robin Curtis in the subsequent two Trek films.  Two Saavik action figures have been produced and both have the likeness of Kirstie Alley.

The first one was produced by Playmates as part of their Classic Star Trek Movie Series.  The likeness on this figure is terrific!  I apologize for the terrible photos but my camera's not great at capturing small items in any detail. 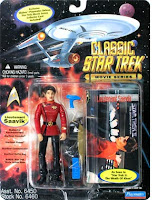 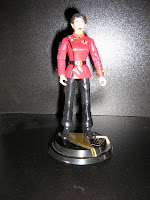 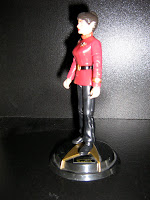 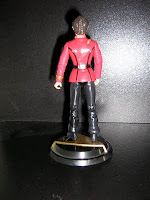 The details on the Playmates figure are captured well and I love the display bases from this series.  The only possible complaint I have about this figure is the shiny finish that most of the Playmates figures have.  However, that's not a huge detraction and this figure has a prominent place in my Vulcan collection.
The second figure was produced by Art Asylum/Diamond Select as part of their Star Trek II series. 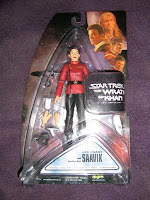 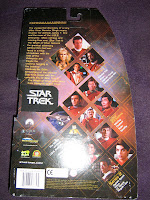 This figure has all the amazing detail you'd expect from Art Asylum and it displays well in or outside its packaging.  It has a nice matte finish which doesn't give it away as plastic at a first glance. 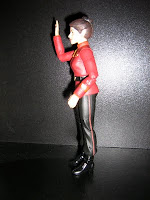 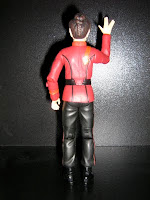 Despite all the great detail in Saavik's uniform and hair this figure does not capture Kirstie Alley's likeness as well as the Playmates one.  I also find myself wishing this one had a display base because it doesn't stand perfectly on its own. 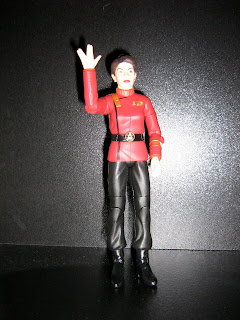 In my opinion, Saavik is a great character that we never learned enough about (some comic books did a good job at expanding her Vulcan-Romulan heritage and relationship with Spock).  I hope we also get a Robin Curtis Saavik figure someday but for now, we can appreciate the fact that Saavik will always live long...in plastic.
Posted by scottlukaswilliams at 9/02/2011 08:42:00 AM No comments: