Today marks the 45th anniversary of "Balance of Terror."  It first aired on September 13, 1966 and was the 14th episode of Star Trek to be aired.  It was directed by Vincent McEveety and written by Paul Schneider.  We owe Schneider a great debt of gratitude for introducing "those who march beneath the Raptor's wings."  Our cousins, the Romulans. 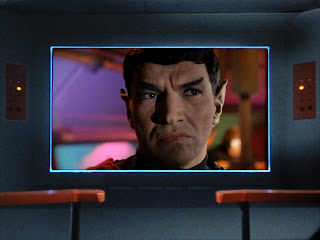 Mark Lenard places his feet firmly in the wet cement of the Romulan species. He is shown to be a "creature of duty."  In fact, he is so focused on duty and his dedication to the praetor that he follows it instead of his better judgement, leading to the destruction of his ship and the deaths of his crew.  Though Lenard's character is never named on screen, the Star Trek CCG names him Keras. 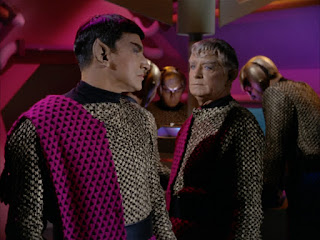 It becomes clear very quickly that the Romulans are more passionate than the Vulcans.  However, they are similar in that they both appreciate the value of duty and service.  They are loyal to their commander and, in turn, to their praetor.  We know they are warlike because the Romulan centurion reveals that he has fought with Keras in hundreds of campaigns.  This is the major difference we see between the peaceful Vulcans and their cousins. 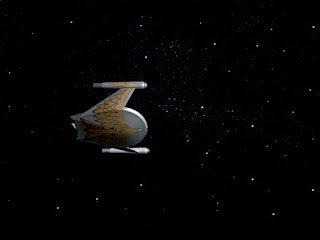 I hope you'll take some time today to watch this excellent episode and reflect on how important the Romulans have come to be in the last 45 years of Star Trek history.

It's also worth noting that this is the 9th anniversary of the premiere of Star Trek: Nemesis, the first Trek film to deal heavily with the Romulans.