Michael Kaplan has been working as a costume designer since 1982.  In 1983 he won the BAFTA Film Award for best costume design for his work on Blade Runner.  Since then, he has frequently worked on science fiction films from Armageddon and Pearl Harbour to Star Trek (2009).  Kaplan had a unique challenge to overcome when J.J. Abrams hired him to design the costumes for Star Trek (2009).  He had more than forty years of design history to either be faithful to or disregard.  In the end, I think he did a good job at finding a balance.  His revamped Starfleet uniforms are perfect; combining enough of William Ware Theiss' original design with new tweaks for the 21st century.  Of course, I'm most concerned with his Vulcan designs. 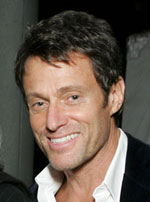 Kaplan's Vulcan designs are a bit of a departure from what we've seen in previous films and series.  Most of them favour a decidedly asymmetrical style and the fabrics are muted earth tones.  Where most previous Vulcan costumes use metallic fabrics and feature jewelry or symbols, Kaplan's Vulcans are much simpler and less-flashy.  That sort of makes sense given the Vulcans are meant to be logical, practical people.  It should also be noted that most of the previous Vulcan costumes we've seen were worn by diplomats and religious figures and the Vulcans in Star Trek (2009) are mostly scientists and educators.  That might account for the differences in taste.

I really like Kaplan's design for the Vulcan students' costumes seen near the beginning of the film.  They're striking and alien yet not alien enough to seem out of place. 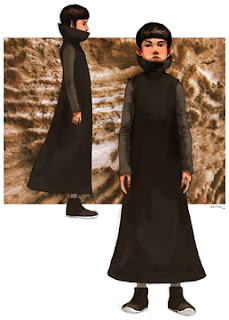 Kaplan's design for Spock's mother, Amanda, definitely feels like it belongs in the same world as the Vulcan student designs.  It features the same long, body shape but it is feminized with a flowing scarf and with warm colours. 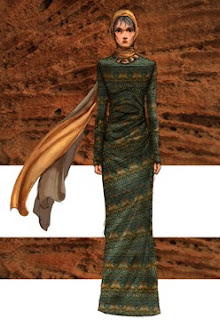 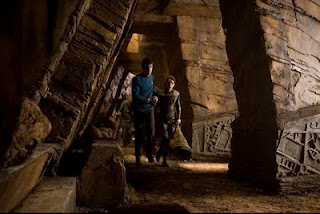 Kaplan's designs for Spock are simple and appropriate.  They don't draw attention away from Nimoy's performance but they're "sci-fi" enough to be memorable. 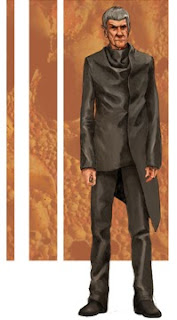 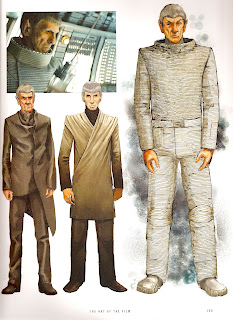 Aside from the new Starfleet uniforms, probably the most memorable of Kaplan's costumes for this film is Spock Prime's parka.  It's a beautiful costume.  One of them has toured North America as part of the recent traveling Star Trek exhibits.  Another was sold at the recent Julian's Star Trek auction. 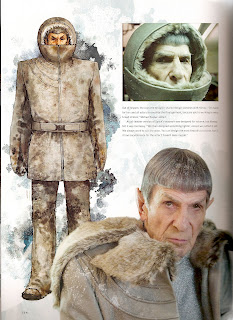 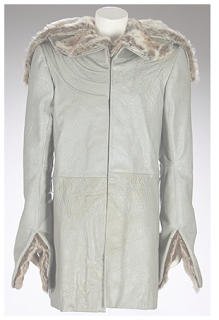 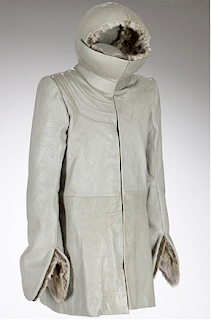 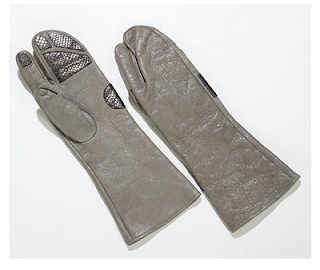 Kaplan also created a host of Vulcan costumes for the extras who performed as scientists and engineers building the Jellyfish ship, the Vulcan elders from the Katric Ark and the council from the Vulcan Science Academy.  Some of these, notably the female costumes, share similarities with the collars of the Vulcan student costumes.  A few of these costumes have also toured around the United States to help promote the film.

Overall, I think Kaplan did a great job costuming Abrams' film.  Collectors will be very excited when more of his costumes become available for sale someday.
More information about Kaplan's work can be found in Mark Cotta Vaz's book, Star Trek: The Art of the Film.