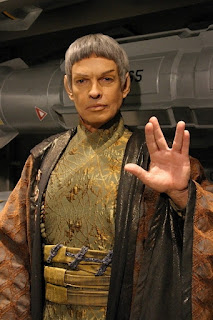 SCOTT: How did you prepare to play a Vulcan? Was there much research involved? Did you ask any other actors who had played Vulcans for tips?


GARY: I asked Rick Berman (exec. prod) who the Vulcans are.  I had gotten the role, so I had an inkling.  But Rick told me -- they aren't beings without emotion; on the contrary, they are so passionate, they realized they needed to learn how to supress those emotions for their society to survive.  That was my key to understanding Vulcans.  Also, for my key to playing the Ambassador, I took a cue from Archer's line in the pilot, when I react emotionally to his words: "Raising your voice to make your point? Ambassador, you HAVE been on Earth too long."


SCOTT: Did you or the writers come up with any interesting backstory elements for Soval that we never saw or heard about on screen?


GARY: I came up with the notion that T'Pol is my long-lost daughter (just based on the fact that she is a spitting image of my younger sister when she was very young, who everyone told me looked like me).  I thought it was a slam dunk when I suggested it, but it was never picked up. 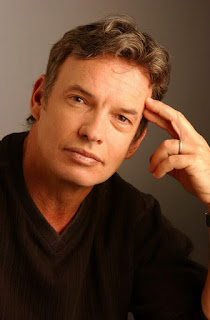 SCOTT: You've had quite a bit of history with Star Trek. Is it true that you were one of the final actors considered to play both Sisko and Janeway?  If so, what was that audition process like?


GARY: That's what I heard, from my agent and also from another source at Paramount.  I never heard it from either Berman or Braga, so I can't give it full veracity.  You'll have to ask them.  And the audition for any lead is always pretty exhaustive.  I think I remember the initial audition and two subsequent callbacks.


SCOTT: You also played an Ocampa called Tanis in the Voyager episode "Cold Fire." How did working on Voyager differ from working on Enterprise?


GARY: Though I enjoyed most of the cast members on Voyager, the tone on the set was tense.  It wasn't like the very relaxed and joyously creative set I'd grown used to on Alien Nation.  The Enterprise set was also a very relaxed set. The people all got along, the DP played rock music while they were changing lights, the mood was light and playful and Scott Bakula was extremely welcoming and made the experience fun and wonderful.  Scott's a very hard worker, but also kept the mood light and fun.


SCOTT: In 2007, you played a freedom fighter called Ragnar in the Star Trek fan film Of Gods and Men.  How did you come to be involved in that project and do you have any plans to work in fan films in the future? 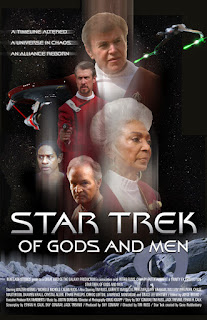 GARY: I was approached by a guy named Sky Conway who sent me a script and said they've got Walter and Nichelle and Russ and J.G. and Ruck; All actors I respect.  I liked the script, and... wait for it... they paid me what I asked! Badaboom!  The working conditions were abysmal, but once the camera rolled, it was lovely.  I LOVED making the movie WHEN WE WERE WORKING. Once they said cut, back to Hell.  LOL.


SCOTT: Outside of your Star Trek work you've had a long and varied career as an actor. You've also written a book about how to become a working actor. Are there any career highlights you'd like to discuss?


GARY: Yeah, read the book: Acting & Other Flying Lessons.  I discuss 'em all!


SCOTT: What new or upcoming projects should your fans watch for?


GARY: Right now I'm working on being a rock star!  Hahaha... I'm joking, but music absorbs most of my time.  The Gary Graham Band is appearing at the Whiskey a Go Go on March 29th.  Apart from that I've co-written and recorded ten original songs (available on iTunes and Amazon) called American Rebel Part One with my partner Lisle Engle.  They rock! 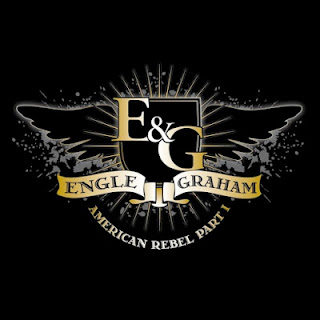 Also, I did a feature movie in South Dakota last summer that should be coming out this spring or summer.  It's called Dust of War.  As the director describes it... "Road Warrior kicks Terrence Malick's ass."  Hehehe...pretty accurate really.


The official site for Engle & Graham is at englegraham.com

I'd like to thank Mr. Graham for taking the time to work on this interview with me.