I have been fairly open about my general dislike for the Kelvin films, especially the first two, so this news is not especially exciting to me personally but I know many Trekkies will appreciate it. The Prop Store and Paramount Pictures are releasing 400 lots of props and costumes from the first two Kelvin Universe films, Star Trek (2009) and Star Trek Into Darkness, for auction. 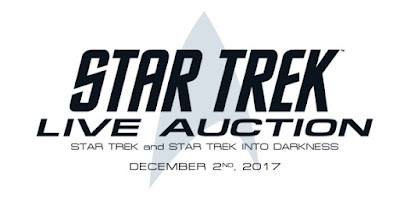 This is logical since the Starfleet uniforms were redesigned for Star Trek: Beyond and these older costumes wouldn't be re-used in any future films. it's clear from looking at the catalogue that not everything is being sold. Paramount is clearly keeping some items for their archives. The catalogue consists mostly of costume lots which means Paramount is also retaining most props and set pieces for the time being. There are several Vulcan and Romulan costumes that we get a clear look at thanks to the auction listings. In this post, we'll look at the Vulcan costumes. 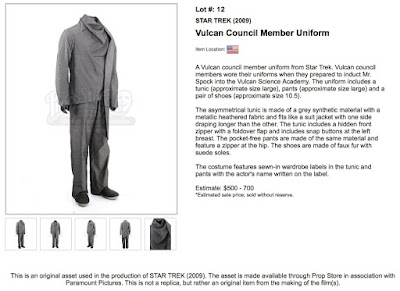 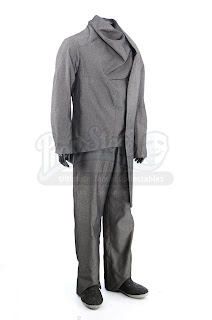 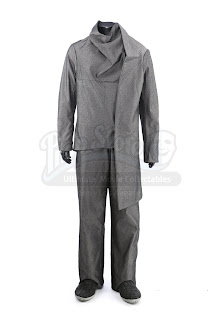 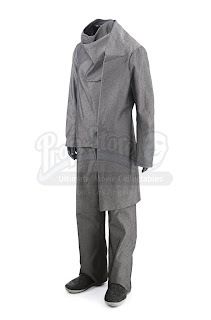 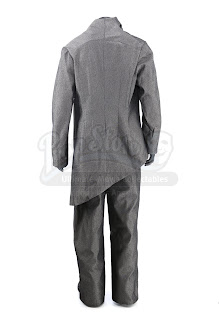 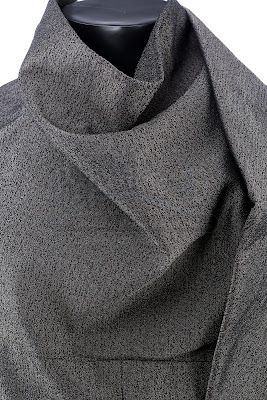 There are three costumes listed as being for "Vulcan Council Members". I believe these are the people who preside over Spock at the Vulcan Science Academy near the beginning of Star Trek (2009). The auction listings don't list the actor's names so we can't be certain. It's also possible these were used for the Vulcans we briefly see from Spock Prime's 24th century mind meld/flashback. The lots do apparently include the original costume tags so the winners will be able to confirm. 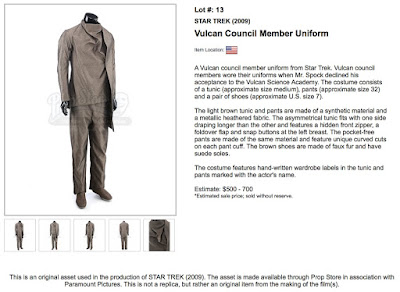 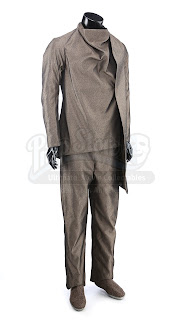 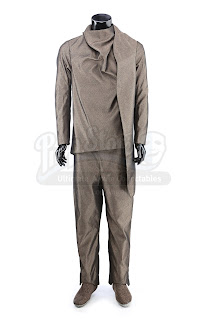 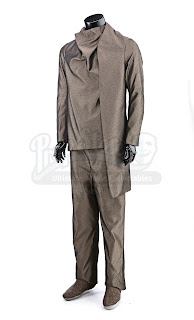 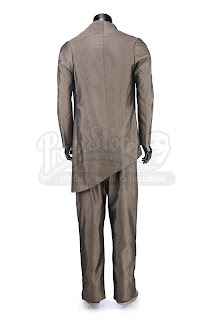 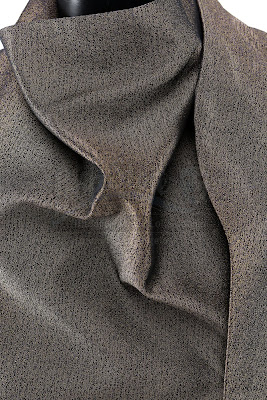 The two men's suits are very similar in design. They feature Michael Kaplan's asymmetrical aesthetic, with relatively simple, straight lines. As previously discussed, these costumes don't have any jewellery or adornments. The exception is the woman's costume which features some metal jewellery around the collar. For me, it's the most memorable of the three. 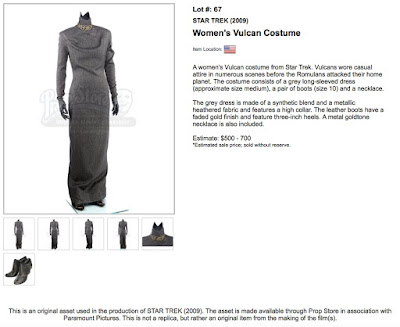 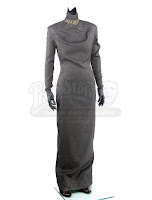 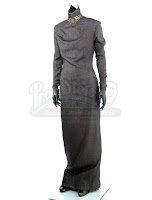 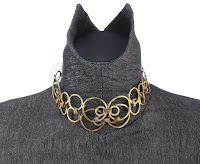 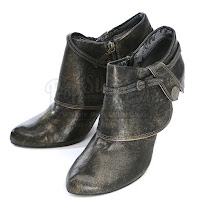 The other Vulcan costume belongs to one of the 24th century Vulcan Engineers who we see briefly in Spock Prime's mind meld/flashback when they are constructing the Jellyfish ship. I quite like the texture of this costume. Though these characters were only seen very briefly on screen, they're fairly memorable. 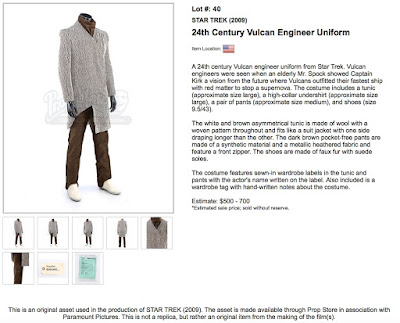 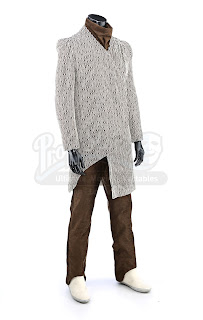 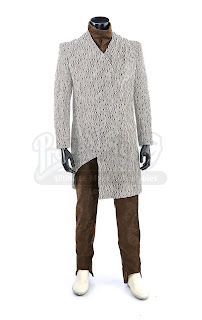 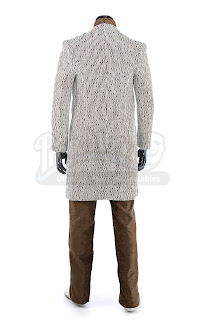 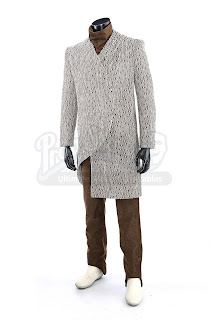 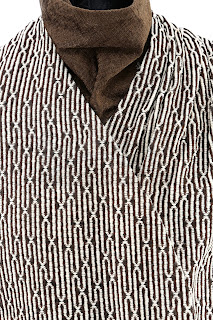 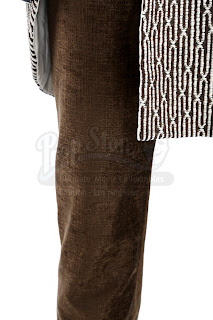 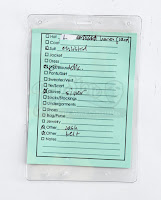 Next time, we'll look at the Romulan costumes in this auction. If you re interested in bidding, be sure to register at propstoreauction.com.