Paramount and Quicken Loans are doing some cross-promotion in the lead up to the release of Star Trek Beyond.  They have released two commercials featuring a Vulcan called Sevek and his mate to advertise Quicken's Rocket Mortgage. 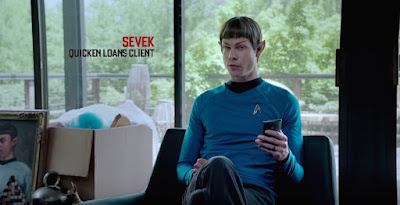 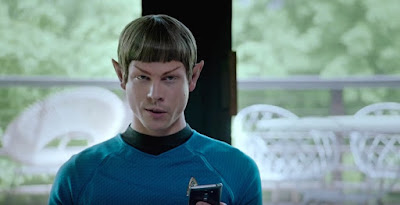 I can't evaluate the quality of Quicken as a company or their Rocket Mortgage as I have never dealt with them but I found the ads amusing.  The actors they cast as Sevek and his mate do a good job and I enjoyed the set decoration -- the Vulcan Lyre and paintings were nice touches. 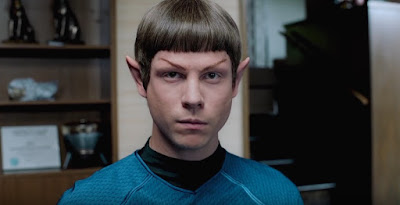 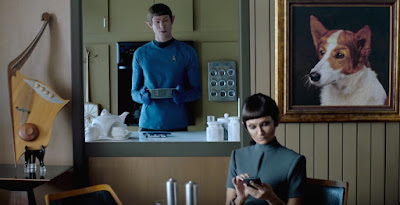 Below are links to the two ads that have been released thus far.

Quicken has also updated their website with images of Sevek. 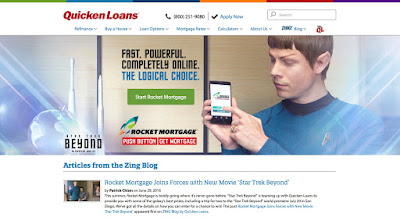 Email ThisBlogThis!Share to TwitterShare to FacebookShare to Pinterest
Labels: Fun With Vulcans, Star Trek Beyond